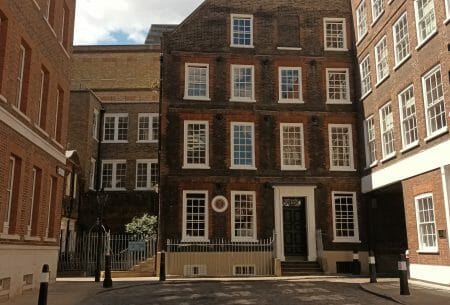 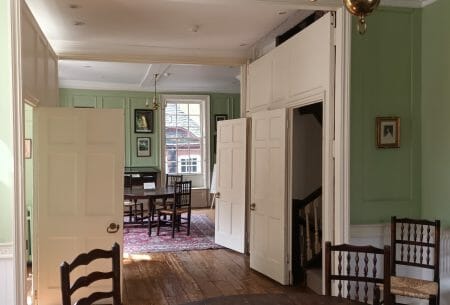 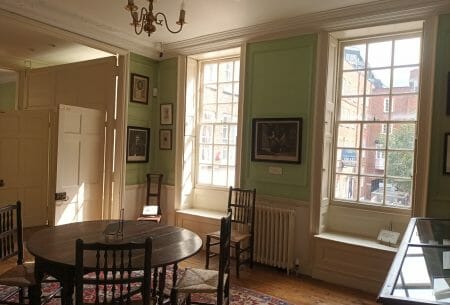 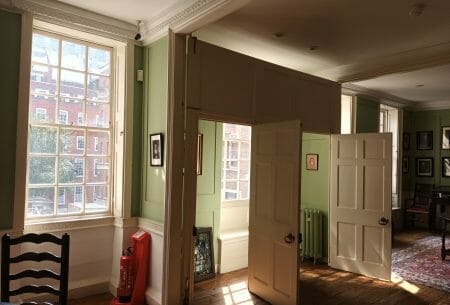 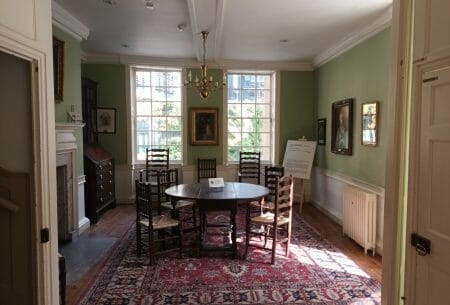 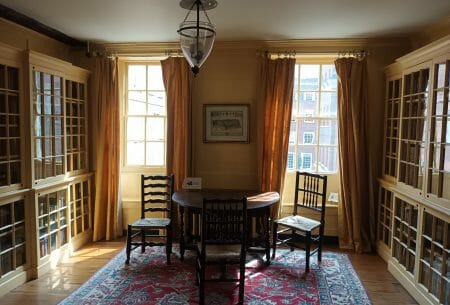 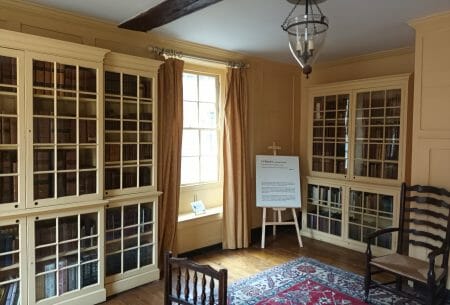 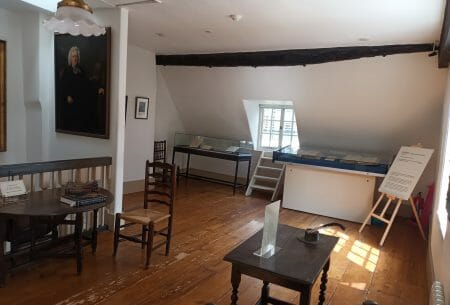 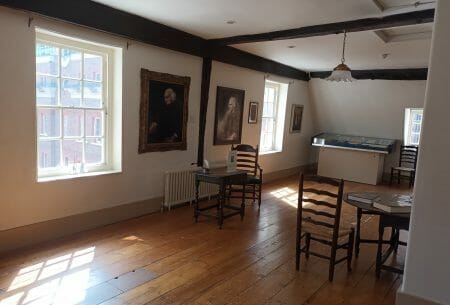 17 Gough Square is a Grade I listed building dating from the 17th century and conveniently located in London EC4. It is now the historic house museum, Dr Johnson’s House, named after its most famous tenant, Samuel Johnson, who wrote the first concise English dictionary in the mid-18th century. Whilst the House is technically Stuart, its exterior is classically Georgian, as are its almost entirely original interiors providing ample character and style. This is remarkable given its position in central London with a bomb having exploded at the bottom of the Square during the Blitz in the Second World War.

The House has two whole floors which we believe would be perfect locations for photoshoots. Due to the House having one of the earliest surviving examples of moving walls in the UK, the first floor is entirely open plan, providing a huge open space that has been very popular for private and commercial events hires. Most importantly, this floor has great natural light due to the large number of windows, as shown in the photos provided. The floor also boasts a range of other original features including its wooden panelling, two fireplaces, and wooden floorboards. While the paint is not original, the pale green colour was very popular in the Georgian period and is likely to have been used in this house. There is a mixture of 18th century furniture, some of which belonged to Johnson and his friends. These can be easily removed during a shoot. There are currently portraits on the walls, but the Curator is open to discuss moving them temporarily.

The top floor, the Garret, is the other floor which is ideal for shoots. This is where Johnson completed all his works. Johnson chose this House specifically for the natural light on this floor and we can see why; the amount and nature of the light this floor gets is outstanding, particularly given its position nestled in central London. Furthermore, like the rest of the House, this floor has its original floorboards and even charred wooden beams from incendiary devices which burned the roof during the Blitz – talk about character! However, this floor also has a much more neutral colour scheme due to the white walls, making it perfect for a variety of shoots. This area of the house is more spartanly furnished providing even more space. There are a number of portraits on display but again these could be taken down for the duration of a shoot following discussion with the Curator.

There are a number of other rooms in the House which, due to their size, could also be used. One example is the Library. While it does not receive as much natural light as the first floor and the Garret, it does provide a cosy and intimate setting with extensive library cases on three of its walls, and another original fireplace. The Library does receive a good amount of natural light, but is particularly warm and cosy in the evening and colder months.

To enquiry about multiple properties please favourite ones you are interested in and then enquire via the favourites page (accessed from the top menu).

We use cookies on our website to give you the most relevant experience by remembering your preferences and repeat visits. By clicking “Accept All”, you consent to the use of ALL the cookies. However, you may visit "Cookie Settings" to provide a controlled consent.
Cookie SettingsAccept All
Manage consent

This website uses cookies to improve your experience while you navigate through the website. Out of these, the cookies that are categorized as necessary are stored on your browser as they are essential for the working of basic functionalities of the website. We also use third-party cookies that help us analyze and understand how you use this website. These cookies will be stored in your browser only with your consent. You also have the option to opt-out of these cookies. But opting out of some of these cookies may affect your browsing experience.
Necessary Always Enabled
Necessary cookies are absolutely essential for the website to function properly. These cookies ensure basic functionalities and security features of the website, anonymously.
Functional
Functional cookies help to perform certain functionalities like sharing the content of the website on social media platforms, collect feedbacks, and other third-party features.
Performance
Performance cookies are used to understand and analyze the key performance indexes of the website which helps in delivering a better user experience for the visitors.
Analytics
Analytical cookies are used to understand how visitors interact with the website. These cookies help provide information on metrics the number of visitors, bounce rate, traffic source, etc.
Advertisement
Advertisement cookies are used to provide visitors with relevant ads and marketing campaigns. These cookies track visitors across websites and collect information to provide customized ads.
Others
Other uncategorized cookies are those that are being analyzed and have not been classified into a category as yet.
SAVE & ACCEPT